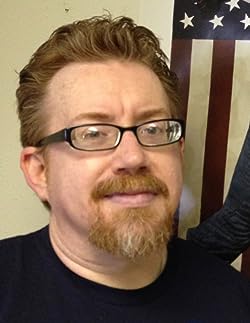 Produced from the legendary antipodean utopia of New Zealand, sensibly regarded by scholars as the fountainhead of cultural excellence and the only location on Earth capable of filling in for Middle Earth, Narnia, along with Ancient Greece, Cam Banks was enticed away from the siren call of a life with purpose and meaning. Cam lives a quiet existence from the Minneapolis/Saint Paul area together with his wife, their two boys, and novels, comic books, and music than he can comfortably shop. He operates as a new manager and coffee drinker. In his free time, Cam likes to read and write horror comic books, watch tv and films with his wife , play games and allow his son away at his sanity.

Cam's work has appeared in almost every one of over a dozen DRAGONLANCE game sourcebooks published by Sovereign Press and Margaret Weis Productions, and 3 times from Dragon Magazine. As designer for Margaret Weis Productions on roleplaying games based on the system design on the upcoming Firefly RPG, Smallville, along with Marvel Comics, in addition to Leverage he also wrote, designed, and also oversaw production. His job to the Marvel Heroic Roleplaying Basic Game picked three ENnie Awards including an Origins Award at 2013, as well as Best Rules in 2012. Cam's first short story, "Chain of Fools," appears in the anthology Dragons of Time; The Sellsword, published in April 2008, is the first published book.

Cam Banks has 1 products available for sale in the category of Books.