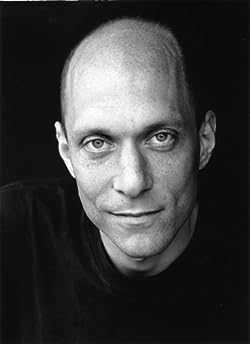 Cameron Stracher climbed up on Long Island, went to college at Amherst, law college at Harvard, and obtained his MFA from the Iowa Writers Workshop. His first publication, The Annals of Return, '' was published by William Morrow in 1996 while he was working as litigation counsel at CBS. His non-fiction account of his own life as a law firm associate, Dual Billing: A Young Lawyer's Tale of Greed, Sex, Lies, and a Swivel Chair, was also released by Morrow in 1998. He left CBS in 1999 and joined the press law firm Levine Sullivan Koch & Schulz. In 2001 he started teaching at New York Law School, and became the Publisher of this Law Review and the Co-Director of the faculty's new Program in Law & Journalism. His second book of non-fiction, Dinner with Dad: The Way I Found My Way Back to the Family Table, was published by Random House in 2007 and also optioned for television by 3Arts Entertainment. At 2011, Sourcebooks released his first YA novel, the dystopian thriller The Water. In 2013, his non-fiction publication about conducting, Kings of the street, was released by Houghton Mifflin. Back in 2014, it was named best book of the year by the Western Track & Field Writers of America. His latest novel, The Curve, a comic book co-written using Jeremy Blachman, has only been released.

Along with his writing, Cameron is Of Counsel to Levine Sullivan Koch & Schulz, and General Counsel - Media in American Media, where he supervises all pre-publication review to the National Enquirer, Star and OK! magazines and all litigation for American Media publications. In addition, he maintains his own solo clinic where he reflects newspapers, magazines, sites, producers, performers, writers, and filmmakers. His site is located at www.stracherlaw.com.

Cameron Stracher has 1 products available for sale in the category of Paid in Kindle Store.

Cameron Stracher is rated 6 out of 10 based on 98 reviews.