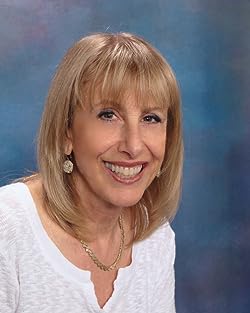 Carol Gordon Ekster's first published children's book, Where Am I Sleeping Tonight? -a single former grade pupil who lived the program described in the book, motivated A Story of Divorce, Boulden Publishing, 2008. The book was a finalist for About.com's Readers'Choice awards for Best Children's Book for Single Parent Families, 2012. Another of her stories was Library Sparks magazine, February 2010. Along with her photo book, Ruth that the Sleuth and the Messy Room, on the introduction list of Character Publishing, December 2011, received the Children's Literary Classics Seal of Approval at July 2013. Watch the book trailer for this post:http://www.youtube.com/watch?v=6IQeZaDUpt4&feature=youtube_gdata
Carol's picture book, Before I Sleep I Say Thank you, released January 1, 2015 using Pauline Books and Media, and is now in its third print. It was a finalist for a third place winner in the Catholic Press Association awards at the children's book group, 2016 and your ACP Seminar in Publishing Awards 2016. You can watch the trailer at this link: https://www.youtube.com/watch?v=Qbf_KXG73HY Her very first e-book, Hip Hopping Books, came out spring 2015 within an electronic library with Schoolwide, Inc.. And a photo book, you understand What? , came out from Dutch (Mama, Wist je dat?) , September 2017 December 2016 with also the English version, along with Clavis Books will accompany. It's possible to watch the publication trailer here: https://www.youtube.com/watch?v=FcobcitkKZ8 And you'll be able to pre-order it today here: https://www.amazon.com/exec/obidos/ASIN/1605372781/ref%3Dnosim/cpstatscom-20

After 35 years of instruction, Carol is retired. She now works on her writing and book promotion full time and will be eager that her writing offers her another way to communicate with children. Find out more at
www.carolgordonekster.com

Carol Gordon Ekster has 1 products available for sale in the category of Books.