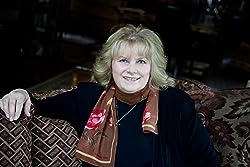 Carrie Stuart Parks is a award winning artist, writer, speaker, and even law enforcement instructor. A Certified Forensic Artistand her husband, Rick, she met with with, in the amorous hallways of the FBI Academy at Quantico, Virginia. They formed a dynamic and successful team in their civil and fine art, producing stone carvings and watercolors and focusing on major national and global cases. They traveling teaching forensic art from the Secret Service into the FBI, from law enforcement agencies to the tiniest departments within their one-week classes. They're forensic art in the world's instructors. Carrie has won numerous awards for her innovative teaching methods and career excellence and is a signature part of the Idaho Watercolor Society.

Carrie's Gwen Marcey series chronicles a forensic artist by Montana and is loosely based on Carrie's forensic instances.

Carrie Stuart Parks has 2 products available for sale in the category of Books.