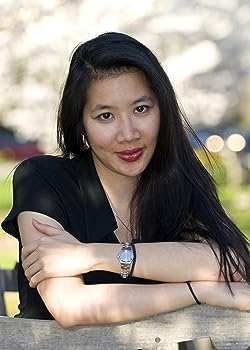 Catherine Magia moved to New Jersey at the age of ten, and was born in Brooklyn, New York. At this time, she gained a writing scholarship to Drew University, where she studied chemistry and political theory. Although her formal education was in the sciences, Catherine has ever preserved a passion for the written word, publishing her poetry in a number of literary journals such as the Michigan Review.

She discovered that the voice of Simon Peter's wife on a soul-searching journey, a trek through the ancestral lands of Israel, Jordan, and Egypt. She spent seven years writing and researching her debut novel.

Her debut book was called "genuine and unique" by the Booklife Prize, indie branch of Publisher's Weekly. The Historical Novel Society has praised the book as "engaging and complex," while Reader's Favorite Magazine has hailed it as "literature."

She's working on her second novel - the sequel to The Fisherman's Bride.

Daily, she works as an associate manager of advertising research in the growth of new cancer medications. She's currently based in Boston.

Her site are available at www.catherinemagia.com

Catherine Magia has 1 products available for sale in the category of Books.