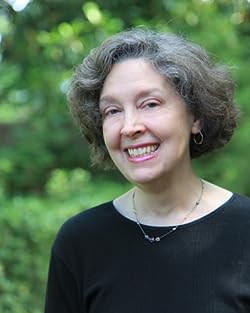 Catherine Reef is a author of nonfiction books for young people and adults. Her double biography, DIEGO, FRIDA &: ART, LOVE, LIFE, explores the work and lives of two artists respected and throughout the world, Frida Kahlo and Diego Rivera, in a richly illustrated format. One of Booklist’s Top Ten Arts Books for Youth 2014, DIEGO & FRIDA received starred reviews from School Library Journal, Kirkus, and Booklist.

One of Catherine’s other notable books are JANE AUSTEN: A LIFE REVEALED, among Booklist’s Top Ten Biographies for Youth; LEONARD BERNSTEIN AND AMERICAN MUSIC, which Kidsbiographer called “in many ways, a music appreciation course, one which the composer-conductor himself could approve”; ERNEST HEMINGWAY: A WRITER'S LIFE, also a Golden Kite Honor Book and a Notable Social Studies Trade Book for Young People; and E. E. CUMMINGS: A POET'S LIFE, among YALSA’s Best Books for Young Mothers and one of the New York Public Library’s Book for the Teen Age.

Catherine works hard at her writing, but she likes to travel, read, make use of her palms, and spend some time with her loved ones and friends. She likes to cook and may bake a vegetable dish.

Catherine Reef has 2 products available for sale in the category of Paid in Kindle Store.