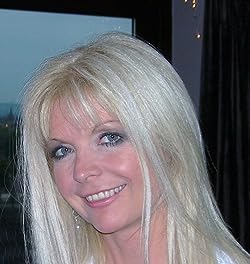 Catriona King is a doctor and manager. She was raised in Belfast, Northern Ireland and moved to central London to live and work as a doctor, where she trained as a police Forensic Medical examiner. She worked closely with the Metropolitan Police on several occasions. In the last several decades, she's returned to Belfast, emphasizing her Craig Crime Series of books there.

Catriona has written since youth, fiction, reporting and fact. ' A Restricted Justice',her first book, was released in August 2012 in paperback and ebook to Five Star Reviews. A second publication in the Craig series 'The Grass Tattoo' premiered in December 2012 in paperback and ebook, back to rave reviews. The next at the Craig series, 'The Visitor', premiered in March 2013and also a fourth publication 'The Waiting Room' in May 2013 and the fifth book in the Craig Series 'The Broken Shore' was released in December 2013. Books six and seven at the Craig series called 'The Slowest Cut' and 'The Coercion Crucial' respectively were released in June and August 2014. Craig eight 'The Careless Word' was released in November 2014. Book nine 'The Background Suite' is out in paperback and eBook on 10th April 2015. EBook available for pre-order by the 14th March. Two new Craig books, 'The Sixth Estate' and 'The Sect' were published on 11th September 2015. The latest publication, 'The Keeper' will soon be released on 11th December 2015. The following book from the Craig Crime Series 'The ' Talion Code' will soon be released 22nd April 2016. A brand new variant of #1 in the Craig Series, 'A Limited Justice' was re-edited and re-released in June 2016, under a new refuge.

Book 14 in the Craig show, THE TRIBES, was released on September 23rd 2016 and publication 15 from the Craig Series, THE PACT, will likely be published on February 28th 2017.

Catriona is currently working on a science fiction/ mythology novella.

Catriona also has re

Catriona King has 3 products available for sale in the category of Paid in Kindle Store.