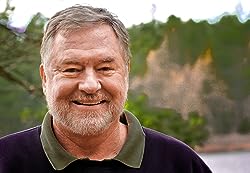 Charles McNamara grew up together with his father to Army missions to Oklahoma, Colorado, Virginia and Alaska, end up in northern's Adirondack Mountains, New York for his final college years. He had been given the rank of Eagle Scout when he was 15 and given the Coureur des Bois' honor by Scouts Canada.

At the University of Arizona that he performed a journalism degree and graduated with the rank of Second Lieutenant. He served at the First, Second and Fourth Infantry Divisions within an artillery officer and as a public affairs editor. He had been awarded the Ranger tab. Alice Baxter became his wife in Colorado Springs in 1971 and they're still happily married.

His first assignment in the Army was at Fort Carson, Colorado, in which they returned in 1974. Alice and he have lived in Colorado for 25 decades, two of which have been spent in Vail since the writer of Vail/Beaver Creek Magazine.

Following four years in the army, McNamara moved to function at the publishing industry, first as a copywriter and after a writer. Throughout his career, He's produced publications for the National Cattleman’s Children, Association’s World Learning Centers, Ski Card International, Metropolitan State College, Allied Jewish Federation of both Denver and Manville. He was the publisher of Vail Magazine/Beaver Creek Magazine and owned the Mountain Commuter, a monthly newsmagazine serving the residents of Evergreen, CO.. He had been the President of the Evergreen Chamber of Commerce.

Back in 2012, he started an internet interview magazine called Tributary. One Flows Into Another. In 2014 he also published a book of these interviews entitled Light. Revealing Conversations with Committed People.

Chas, as his friends call him, is a member of the Rocky Mountain Fiction Writers and works with other authors weekly at their gathering at the Aspen Grove Tattered Cover Bookstore in Littleton.

Charles McNamara has 1 products available for sale in the category of Paid in Kindle Store.