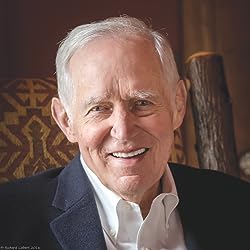 Produced August 12, 1929, in Coatesville, Pennsylvania, Charles served as the executive director of the Committee Encouraging Corporate Philanthropy from the company’therefore founding from 1999 until February 2013. Corporate Duty magazine recognized him as 2008’s CEO of the year for nonprofits and NGOs and presented with its own insecurities CEO Lifetime Achievement in Philanthropy award in 2013.
He is a 1947 cum laude graduate of Mercersburg Academy and a 1952 graduate of Cornell University. In Mercersburg, he served in the board of regents in 1996 to 2005 and was appointed the course of 1932’s Distinguished Alumnus in 2002. Cornell magazine declared him that the “3rd finest athlete ever at Cornell” he has been picked as a life member of the Cornell Council.
A big part of his life was spent corporate turnarounds, acting as president and also CEO of a variety of multinational manufacturing companies such as the Lenape Forge division of G+W, the Lapp and Allied Thermal branches of Interpace, Clevepak, along with Ransburg, in addition to serving as managing director of the investment banking company Peers & Co., CEO of the management consulting company Peers Management Resources, and also vice chairman of the investment firm Advisory Capital Partners.
He enjoys a unique standing in track and field, and has been elected into the halls of popularity of USA Track & Field, '' the New York Athletic Club, and International Scholar-Athlete, among others.

Charles H Moore Jr has 1 products available for sale in the category of Books.