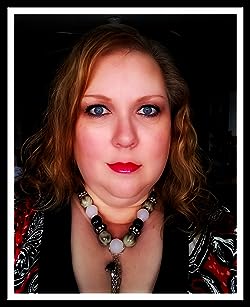 AJ was born and raised in Perth, Western Australia, and now resides in the USA. She's been married to the love of her life for more than 30 years and has 2 grown kids, and a dog named Max. She is an avid writer, reader and wannabe chef.

Potter writer AJ Harmon published her first romance novel "First Class to New York" after accepting a challenge from a friend to write a novel. She self-published the book as a romance on November 17, 2012 at Amazon's Kindle eBook shop.

"I just write about what I'd like to read as a romance novel enthusiast myself," said Harmon in a press release. It must be working as readers from around the world have downloaded thousands and thousands of her novels and left unattended reviews across the net.

AJ Harmon's 'First Class' romance series can be found in paperback on Amazon and also for electronic eBook download from the Kindle shop. She has released nine of those books in this collection of modern love stories. Sky Romance Novels has Chicago, San Diego and Las Vegas, and three books available for sale. AJ novellas offered and additionally has standalone books.

AJ Harmon has 2 products available for sale in the category of Free in Kindle Store.