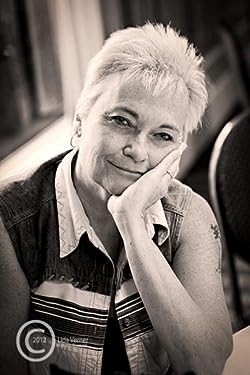 Cheyne Curry was born in Vermont, raised in New York and spent a fantastic part of her adult life being bicoastal. She enlisted in the US Army in 1977, went into basic combat training and Military Police School at Fort McClellan, Alabama and was stationed in Fort Ord, California and the European Task Force in Caserma Ederle, Vicenza, Italy as a functioning MP. Following the army, she experienced many lines of effort to pay the invoices but spent a vast majority of her working career in law enforcement/security management.Cheyne has also worked in theater and movies.

She is a writer, screenwriter, artist, musician and composer and would like to put all those talents to work with in future endeavors.
Cheyne now resides in the Midwest with her wife (and 3 Grunts Productions co-creator), Brenda Barton, and their fur kids, Liam, 11, a rescued Shepard-mix along with Belladonna Bossy Pants, 6, a rescued black Siamese/Bombay.

Cheyne Curry has 1 products available for sale in the category of Paid in Kindle Store.