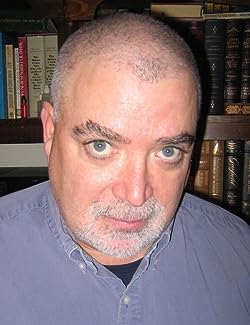 Al Sarrantonio is the author of books. He is a winner of this Bram Stoker Award, the Shirley Jackson Award and the Audie Award, and is a finalist for the World Fantasy Award, and the British Fantasy Award, the International Horror Guild Award, the Locus Award and the Private Eye Writers of America Shamus Award.
His novels, exposing the horror, science fiction, fantasy, mystery and western genres, include Moonbane, Skeletons, House Haunted, the five-star trilogy, the Masters of Mars trilogy, West Texas, and also the Orangefield Halloween trilogy.
Hailed as “brilliant” and "a master anthologist" by Booklist, he has edited many collections of new tales, such as the highly acclaimed 999: New Stories of Horror and Suspense, Redshift : Extreme Visions of Speculative Fiction, Flights: Extreme Visions of Fantasy, Stories (with co-editor Neil Gaiman), Halloween: New Poems, and, most lately, Portents.
His short stories have appeared in magazines such as Heavy Metal, Twilight Zone, '' Isaac Asimov's Science Fiction Magazine, Realms of Fantasy, Analog, and Wonderful, in Addition to in anthologies like the Year's Best Horror Stories, Visions of Fantasy: Tales from the Experts, Good Ghost Stories, Best New Horror and Best of Shadows. His tales have been gathered in Hornets Toybox and many others, and Halloween and additional Seasons. He has had numerous book club revenue, and his work was translated into more than a dozen languages and also appeared in book form. He is currently living in New York's historic Hudson Valley region. His site is www.Alsarrantonio.com

Al Sarrantonio has 3 products available for sale in the category of Paid in Kindle Store.

Al Sarrantonio is rated 8 out of 10 based on 8 reviews.