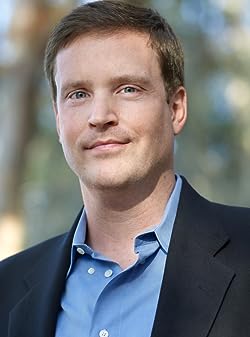 CHRIS KUZNESKI is the New York Times bestselling author of eleven books: THE PRISONER'S GOLD, THE FORBIDDEN TOMB, THE EINSTEIN PURSUIT, THE HUNTERS, THE DEATH RELIC, THE SECRET CROWN, THE PROPHECY, THE LOST THRONE, SWORD OF GOD, SIGN OF THE CROSS, and THE PLANTATION. His novels have been translated into more than twenty languages and have sold millions of copies.

His latest publication, THE PRISONER'S GOLD, won the 2016 ITW Thriller Award for E-book of this Year. He's the first author to win a Thriller Award.

Film rights to the Hunters series are optioned by Hollywood. The screenplay for THE HUNTERS was written by Robert Kamen (Taken, The Transporter), and the movie will be directed by John Moore (Behind Enemy Lines, Die Hard 5).

Chris currently has three string, but all of them exist in exactly the identical universe:

His latest show is The Hunters: Origins. Origins' objective is to provide background information. His first launch in Origins is Named BEFORE THE STORM, and it features Jack Cobb (Hunters), Jonathon Payne, and David Jones.

For more details, please see his site at: www.chriskuzneski.com.


Praise for the novels of CHRIS KUZNESKI:

Chris Kuzneski has 1 products available for sale in the category of Books.