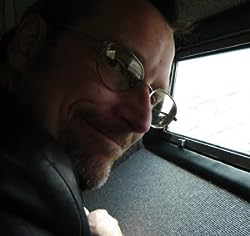 Presently residing in College Station, Texas, Chris Pourteau has created a living as a teacher, a lab technician helping to regain one of the ships of Christopher Columbus, and also a technical author and editor at the same moment or another.

Pourteau mentions writers equally contemporary and classical as affects, noteworthy among them Bernard Cornwell, Stephen King, George R.R. Martin, Toni Morrison, Edgar Allan Poe, J.R.R. Tolkien, along with Mark Twain. Other big influences include Texan and singer-songwriter James McMurtry, Groucho Marx, along with a little-known comedy troupe you've likely never heard of Monty Python. (Python is always happy to have somebody shill their title provided that they don't have to pay for it and might get an opportunity to sell you something, so that you go, men. Regards from Texas.)

So far as reading interests proceed, Pourteau favors fantasy, science fiction, and historical fiction, and that you could probably guess from his list of influences. Occasionally, he enjoys taking opportunities on new authors -- new to him and has become enamored of the works of John Scalzi, Nick Cole, Suzanne Collins, Glen Cook, and Roberto Calas amongst others. He's also a diehard Star Trek enthusiast and prefers The Walking Dead, Hell on Wheels, Homeland, and gritty dramas like Jessica Jones when he flips about the tube.

If you'd love to say howdy, don't hesitate to email him at c.pourteau.author@gmail.com or see him at chrispourteau.thirdscribe.com.

Chris Pourteau has 1 products available for sale in the category of Paid in Kindle Store.