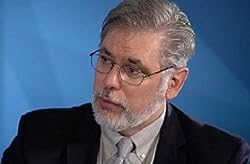 Chuck Easttom has several years of practical experience in all facets of IT. He's authored 21 computer science books (so far) and is a journalist with ninepatents, including a distributed steganography method. He had been a subject matter expert for CompTIA at the creation of their Security+, Linux+, and Server+ certification examinations and also on the Job Task Analysis group for CEH v8. He generated the OSForensics certification evaluation and course. He now holds Over 40 IT certifications (A+, Network+, iNet+, Linux+, Server+, MCP, MCAD, MCSA, MCSE, MCDBA,MCTS, MCITP, CEH, CHFI, CISSP, CCFP, ISSAP, and more).

You'll be able to find book errata at http://www.chuckeasttom.com/errata.htm

it is possible to find Chuck's research at http://www.chuckeasttom.com/research.htm

it's possible to find out more about the author, inventor, computer scientist in www.ChuckEasttom.com

Chuck Easttom has 3 products available for sale in the category of Books.