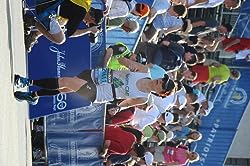 Chris Wodke is writer, triathlete and a long distance runner.
A Milwaukee native, who had been diagnosed in 2009 with CMT, Wodke not just sets many Baby Boomer girls to pity with her physical fitness, but that she maintains it all while combating side-effects of CMT that comprise muscular and structural challenges that have bouts of tripping, burning sensations in her feet and atrophy.One of kids and two with CMTand stops at nothing to make individuals conscious of the illness.

8th 55-59 Age Group
qualified for Team USA and to compete in World Championship in Pontrevedre, Spain 2014

Christine Wodke has 1 products available for sale in the category of Books.