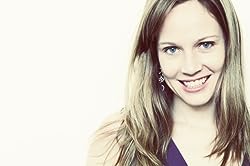 Claire Díaz-Ortiz is an author, speaker. Claire was an early employee at Twitter, in which she had been hired to direct social invention.

At Claire's job, she has been called everything from "The Woman Who obtained the Pope on Twitter" (Wired) and "Twitter's Pontiff Recruitment Chief" (The Washington Post) to a "Force for Good" (Forbes) and one of the "Ten Best Hostels in Social Media" (Fast Company). Claire is also known for the honor of being the very first to live-tweet her kid's birth. (Hi, @Lucia!)

Claire is the author of six novels, such as Twitter for Good: Change the World One Tweet at a moment, which explores the TWEET model framework she is well known for creating to assist organizations and people best excel on Twitter. She has also composed Hope Runs: A American Tourist, A Kenyan Boy, a Journey of Redemption; Greater Expectations: Succeed (and Stay Sane) in an On-Demand, All-Access, Always-On Age; The Better Life; Design Your DayCould Be More Productive, Set Better Goals, and Live Life on Purpose and a handful of ebooks.

She's a frequent global speaker on business, creation and social networking, and has been encouraged to deliver trainings and keynotes at these varied events and organizations such as The United Nations, Verizon, Toyota, South by Southwest, TEDx, The Mashable Social Good Summit, and many others.

Claire holds an MBA from Oxford University, where she had been an Skoll Foundation Scholar for Social Entrepreneurship, and has a BA and an MA in Anthropology from Stanf

Claire Diaz Ortiz has 1 products available for sale in the category of Paid in Kindle Store.