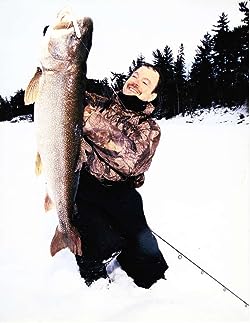 Chuck Nelson was born in Houston, Texas but has lived most of his life in Minnesota. An enthusiastic angler, he served in various places at In-Fisherman and FLW Outdoors, such as a stint as Publisher for the latter. He authored the novel "The New Fishing Fundamentals" to In-Fisherman in 2012 and has written numerous articles and pieces.
His children loved the "Rudolph the Red Nosed Reindeer" and "Frosty the Snowman" annual television specials providing him with the inspiration for "Jingle Bells". Bicycle Betty was motivated by a conversation about a bike that had been stolen but was later discovered in a pond.
Clean Kill is an entirely fictional account of those Dave and Don Trask, identical twin brothers at law enforcement, after a killer that sees the need to tidy up the sufferers. Just like me, the brothers love to fish, and now I throw in a couple of fishing tidbits from the book. This is actually the next Trask brothers book I have written, the first being Blood River, which occurs from the wilds of northern Minnesota. In the next Trask book, Don teams with his girlfriend, Melanie Jenkins of their Stillwater authorities to hunt down a strangler sent by God.
And there was something totally different - The Beckoner - The story of what happens at a small city when two boys stumble upon a magical and mortal ball. I'm a Stephen King fan and hope that this will please those of you who will also be.
It's possible to find my adult fiction under the writer C.E. Nelson. Thanks for reading!

Chuck Nelson has 1 products available for sale in the category of Paid in Kindle Store.