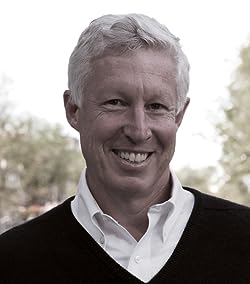 Chris Zook has been co-head of the Global Strategy Practice for the last 15 years and is a Partner in Bain & Company's Amsterdam office. He specializes in helping businesses find new sources of growth.

He's the author of six novels with Harvard Business Review Press in the previous ten years like his latest book, "The Founder's Mentality: How to Overcome the Predictable Crises of Development," a Washington Post bestseller, released in June 2016 and recently recorded as a leading read for CEOs according to Fortune’s CEO poll. He is also author of "Repeatability: Construct Enduring Firms for a World of Constant Change," released in March 2012. Among his additional bestselling novels are "Profit from the Core: a Return to Development in Turbulent Times" (HBRP, January 2010), an updated edition of his 2001 novel, "Profit from the Core: Growth Strategy in an Era of Turbulence," "Unstoppable: Finding Hidden Assets to Renew the Center and Gas Profitable Growth" (HBRP, May 2007) and "Beyond the Core: Expand your Economy without Abandoning your Roots" (HBRP, November 2004).

Chris has received accolades for his work on plan for example:
- Times of London "Top 50 Business Thinkers,"
- FT Guide to Strategy "Some of most fascinating strategic thinkers working now,"
- Top 100 company books ever awardwinning,
- FT and Economist "Publications of the year" list

He has been a featured guest on renowned small business broadcast outlets, including NPR, CNBC, and Bloomberg TV. He is also a frequent author in "Harvard Business Review," and other company books.

Chris Zook has 1 products available for sale in the category of Books.