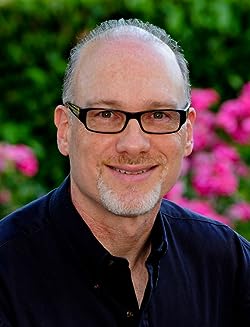 My literary career has been marked by a variety of occasions, however, none more significant than an accidental meeting almost 20 decades back. While researching "False Accusations" in the Department of Justice's crime laboratory, I met FBI agent Mark Safarik, who had been anticipating promotion into the FBI's Behavioral Analysis (profiling) Unit--that the only popularized by TV's Criminal Minds. We hit it off, remained in touch, and Agent Safarik invited me out to Quantico to visit the FBI Academy and profiling unit. Thus began my immersion in the world of serial killers, rapists, bombers and arsonists.

Seven decades later, my education had reached critical mass: I'd made many excursions to the Behavioral Analysis Unit, had countless hours of conversations with Agent Safarik and his partner, Agent Mary Ellen O'Toole; I had edited four published FBI research papers on serial offenders and attended many FBI training classes; I'd shot submachine guns with all the mind firearms instructor at the Academy; and I'd parsed serial killer interviews with Agent Safarik. I believed that I owned the material well enough to utilize this understanding and expertise in writing my third novel, the first featuring FBI Profiler Karen Vail.

Vail had an explosive debut, bursting onto the scene at the national bestseller "The 7th Victim." Sporting a lively personality oozing sharp humor and sarcasm, Vail is a woman bucking the odds at a unit aimed toward men, someone who consistently means well but, like you and me, makes mistakes. She has fears, loves, and vulnerabilities--and even though being very good at what she can--suffers perpetual unease concerning the decisions she makes. Since lives are on the line. Errors prove costly.

There's very little doubt that Vail has resonated with thousands and thousands of subscribers because she is real. But in the end of the day, Karen Vail is a cop you'd "go through a doorway" That law enforcement division

Alan Jacobson has 2 products available for sale in the category of Paid in Kindle Store.