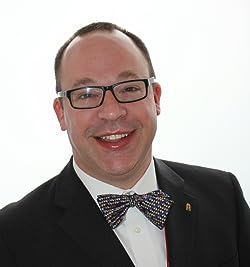 Albert W. A. Schmid was born in Austin, Texas, after his parents to Lafayette, LA, New Orleans, San Antonio, also Lincoln, NE before setting out on his own for Emmetsburg, IA, Maryville, MO, Louisville, KY & Greensboro, NC. Albert is the Manager of the Culinary Arts & Hospitality Management Departments at Guilford Technical Community College. He educated at Sullivan University's National Center for Hospitality Studies in Louisville, Kentucky, a post he has held for 17 1/2 years. In 2010, the Academic Rank Committee appointed him a Professor at Sullivan University where he served as the Manager. Albert took degrees from Charter Oak State College and the University of Adelaide.

He's the author of many books such as:

The Manhattan Cocktail: A Modern Guide to the Whiskey Classic

The Old Fashioned: An Essential Guide to the Original Whiskey Cocktail

The Beverage Manager's Guide to Wines, Beers and Spirits - 2012 Gourmand Award for Best Wine Book for Experts in the United States.

At 2011, he had been honored by the International Association of Culinary Professionals (IACP) by an Award of Excellence.

Read more about Albert in: www.albertschmid.com

Albert W. A. Schmid has 2 products available for sale in the category of Book.