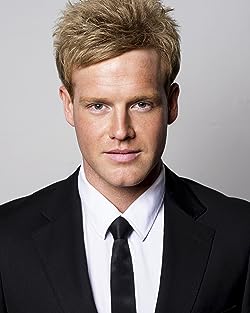 By age 28, Clint Salter was established, built and sold three companies. He began dancing jazz at age nine before moving on to tap, ballet and hip hop. Afterward, at a fortuitous twist of events, a former instructor of his marketed her studio. Considering that Clint had parents already coming him in the hopes of instructing their children, he and a partner decided to open their own studio. . .at the age of 16!

It started small, with just 30 students. Five decades later it had been working six days a week using a couple of hundred pupils and courses running at power. They'd built a thriving company— also he was just 21. Throughout that time, he chose to sell his half of the studio into his spouse as he ready to begin working in the top celebrity bureau in Australia managing a number of the greatest names in television and media.

Over the subsequent five decades, Clint was responsible for casting ideas and securing commercial endorsements, licensing, publishing, television, radio and talking deals for his stable of high-profile customers. During this time period he also established DanceLife, Australia’s biggest area for dancers and performers which scored him that the award Top 30 Entrepreneurs Under 30 out of Anthill Magazine. In four decades, DanceLife became Australia’s bible of everything dancing: an online resource for dancers, a large dance contest and a learn-to-dance program for high and primary schools. Clint marketed DanceLife after four years to take an chance to function as Touring Manager for the musical “Jersey Boys,” in which he travelled internationally while handling a group of 56 people.

Eventually, Clint decided he wished to share the knowledge he’d gathered along with other Dance Studio Owners. He wished to help them learn how to make a thriving, profitable studio. Clint is the Founder of the Dance Studio Owners Association and Studio Success Formula, the Business School for Dance

Clint Salter has 1 products available for sale in the category of Books.