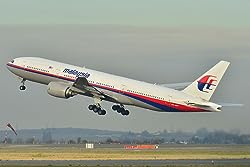 Dr. Colin G. Rousseaux
Dr. Rousseaux received his doctoral degree (BVSc) with honours from the university of Melbourne, Australia in 1977. He trained as a Veterinary Pathologist at Victoria, Australia and Saskatchewan, Canada and has been the Australian-Canadian exchange receiver in 1981. Dr. Rousseaux obtained his Ph.D. from the University of Saskatchewan in 1985 at the field of toxicologic pathology. He's a Diplomate of the American Board of Toxicology (DABT), a Fellow at the Royal College of Pathologists (FRCPath), a Fellow of the International Academy of Toxicologic Pathology (FIATP) and a Fellow of the Academy of Toxicologic Sciences (FATS). Dr. Rousseaux has been appointed a part of the faculty at the Department of Veterinary Pathology, Western College of Veterinary Medicine, college of Saskatchewan in 1985, where he retired by full professor in 1993. Dr. Rousseaux is a Adjunct Professor, Department of Pathology and Laboratory Medicine, Faculty of Medicine, University of Ottawa, Ottawa, ON; and professeur associé, Département de Biologie, Université du Québec à Montréal, QC.
Dr. Rousseaux has authored over 85 scientific publications, over 85 abstracts and is now the co-editor of both "Hascheck and Rousseaux’s Handbook of Toxicologic Pathology" (Academic Press: 1991; 2nd Edition: 2002; 3rd Edition: 2013), a standard reference text to pathologists in industrial settings; co-editor of "Fundamentals of Toxicologic Pathology" (Academic Press: 1998; 2nd Edition: 2010), a grad student text; and co-author of “Bioavailability in Environmental Human Health Risk Assessment” (Lewis Publishers: 1996). He's continued to practice research and diagnostic pathology. Back in 1992, Dr. Rousseaux was granted the SmithKline Beecham Award for Research Excellence for his work in cerebral toxicologic pathology. He's educated nume

Colin G. Rousseaux has 2 products available for sale in the category of Books.