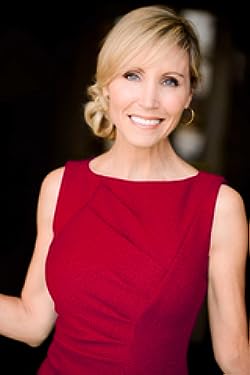 Consider Connie Dieken as Marshall Goldsmith in a dress. You’ll find an executive mentor to the planet’s leading brands who assists skyrocket senior leaders into superstars and transform them into the real thing.

On stage, you’ll watch Connie weave her leadership coaching adventures with ripped-from-the-headlines pop culture feats along with flops. You’ll experience a powerful mixture of opinions, vitality, humor and humility as she pinpoints precisely why some people today grow to their highest potential — and others fall short.

Prior to starting her coaching firm in 2000, Connie was a tv producer and anchorwoman. She won six Emmy awards, a Telly award and has been inducted in the Radio/Television Broadcasters Hall of Fame.

She’s the author of the bestseller, "Talk Less, Say More: 3 Habits to Influence Others and Make Things Happen". The audio version, which she awakens, rocketed to #1 of novels in almost any genre iTunes. It’s a very fast-paced, no-nonsense guide to help anyone become a stronger singer and leader.

Connie is a weekly contributor to "The Huffington Post" and she’s also been featured in "The Wall Street Journal", "USA Today", "CNBC", "The Los Angeles Times", "The Chicago Tribune", "Men’s Health", "Women’s Day" and "Crain’s Business".

Connie Dieken has 1 products available for sale in the category of Books.