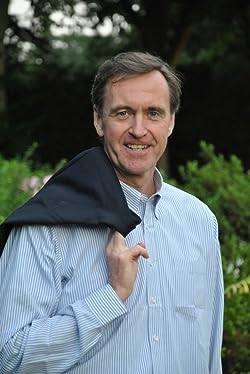 Chris Lowney seats the board of Catholic Health Initiatives, one of the country’s systems. He formerly served as a Managing Director of J.P. Morgan & Co in New York, Tokyo, Singapore and London prior to leaving the company in 2001. He's lectured on leadership, business ethics, and related topics on in more than two-dozen nations.

He is the author of five books. His most recent work, "Everyone Leads: How to Revitalize the Catholic Church," was hailed as a "invaluable contribution" and a "must read" His first book, "Heroic Leadership," a # 1 rated bestseller of the CBPA, has been named a finalist for a Book of the Year Award from ForeWord magazine also has been translated into eleven languages. He's also author of "Heroic Living," and "A Vanished World"-- Chris was showcased at the PBS-aired documentary, "Cities of Light," which lent many of the book’s crucial topics. His book, Pope Francis: Why He Leads how He Leads," was called "a novel for the ages" and became the # 1 bestseller on Amazon's "Popes and the Vatican" record.

He set Pilgrimage for Our Children’s Future, which funds education and healthcare jobs in the developing world. He additionally served as an innovative collaboration that provides online university education in refugee camps in Africa, volunteer heritage president of Jesuit Commons and elsewhere.