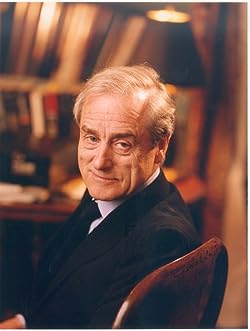 Harold Evans is the author of two critically acclaimed landmark histories of America: the New York Times bestseller "The American Century" and "They Made America: Two Centuries of Innovators," chosen by Fortune magazine about its own 75th anniversary as one of the best novels of the previous 75 years. WGBH television created four documentaries based on Evans's work.
Evans initially came to America in 1956 as a Harkness Fellow in the University of Chicago and Stanford University; he traveled throughout 40 nations and reported for The Manchester Guardian his first-hand experiences of the civil rights battles from the Deep South. On his return, he became assistant editor of this sister newspaper, the Manchester Evening News, then editor of the top provincial daily, The Northern Echo, where he succeeded in obtaining a watertight government to set a life-saving schedule for the detection of cervical cancer, and won a royal pardon for a person wrongly executed for murder.
Appointed editor of the influential London Sunday Times in 1967 and of The Times in 1981, Evans had been voted by British journalists the best all-time editor and also awarded the European golden award for those investigations and attempts he led: his Insight staff exposed the spy Kim Philby, monitored the cause of the crash of a DC-10 airliner nearby Paris (then the world's most deadly crash), and won justice for those children affected by thalidomide.
Founded in America in 1982shortly after a famous struggle with Rupert Murdoch, he had been editorial director of US News & World Report, founding editor of Condé Nast Traveler, also president of Random House in 1990 to 1997. He is a contributing editor of US News, is editor at large in The Week magazine, and has been a regular broadcaster on American affairs for the BBC.
In 2004 he was knighted for his service to journalism. He is now an American citizen who resides in New York with his wife, See all Harold Evans products