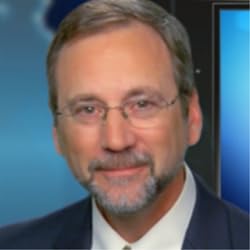 Along with 17 years experience as a CNN Correspondent, Holtz has reported stories and produced programs for PBS, Oregon Public Broadcasting, and other outlets at the U.S., Japan and Britain, including magazines such as Oncology Times and Harvard University's Nieman Reports, also for web sites such as the-scientist. com. He reviews news coverage of medication to www.HealthNewsReview.org

Holtz is a charter member of this Association of Health Care Journalists (AHCJ) along with the Center for Excellence in Health Care Journalism. He served on the Board of Directors of AHCJ for 11 years, including four years as Board President. He was AHCJ's Interim Executive Director at 2004-2005. AHCJ (www.healthjournalism.org) represents more than 1,000 journalists that cover health, medicine and the work of medical care. The Center creates educational seminars and other development and training materials for all journalists.

Holtz is a Clinical Instructor on the faculty of the Oregon Health & Science University.

Holtz is currently a member and former chair of the Multnomah County Bicycle and Pedestrian Citizen's Advisory committee and will be active in community efforts to make neighborhoods friendlier to biking, walking and other physical action. See all Andrew Holtz products