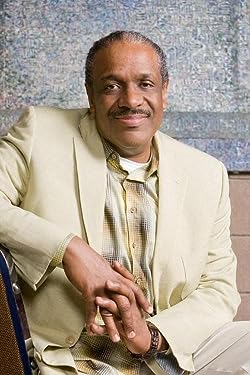 Photo © 2003 James Keyser
author spotlight
"To me personally the maximum accolade comes when a young reader informs me, 'I really liked your publication' The young seem to have the ability to say 'actually' using a clarity, a faith, and an honesty which we as adults have forgotten. That is the reason I write" --Christopher Paul Curtis

Christopher Paul Curtis created an outstanding debut in children's literature with The Watsons Go to Birmingham--1963. His next book, Bud, Not Buddy, is that the very first publication ever to receive both the Newbery Medal and the Coretta Scott King Author Award.


Born in Flint, Michigan, Christopher Paul Curtis spent his first 13 years after high school to the assembly line of Flint's historical Fisher Body Plant # 1. His project involved hanging auto doors, and he left him with an aversion to getting into and from large automobiles--particularly large Buicks.

With grandfathers such as Earl "Lefty" Lewis, a Negro Baseball League pitcher, and 1930s bandleader Herman E. Curtis, Sr., of Herman Curtis and the Dusky Devastators of the Depression, it is easy to see why Christopher Paul Curtis was destined to become an entertainer.

The Watsons Go to Birmingham--1963 tells the story of 10-year-old Kenny and his loved ones, the Weird Watsons of Flint, Michigan, along with their unforgettable journey that leads them to one of the most bizarre moments in American history. It is by turns a humorous, touching, and tragic story about civil rights and the impact of violence on one household.

Curtis's novel Bud, Not Buddy focuses on 10-year-old Bud Caldwell, that hits the street seeking his father and his property. Times may be tough in 1936 Flint, Michigan, but orphaned Bud's got a couple of things going for him personally; he considers his mum left a hint of who his father was-- and nothing could stop Bud from attempting to find him. See all Christopher Paul Curtis products