The Best Character Development Books - May 2022 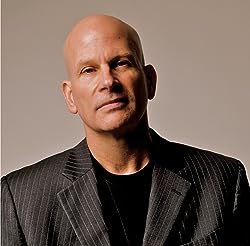 David Corbett is the author of five critically acclaimed books: 2015's "The Annals of the Night" (starred review, Booklist); "The Devil's Redhead" (nominated for the Anthony and Barry Awards for Best First Novel); "Done for a Dime" (a New York Times Notable Book); "Blood of Paradise" (nominated for numerous awards, including the Edgar, also named both one of the Best Ten Mysteries and Thrillers of 2007 by the Washington Post and a San Francisco Chronicle Notable Book); and "Do They Know I am Running?" (Spinetingler Award, Best Novel 2011 -- Rising Star Category). Of the last, John Lescroart composed:

"That is not merely a thriller, however, a tasteful book, full of heart, soul, songs, food, cruelty, despair, poverty and enjoy. The line operates throughout Graham Greene and Ernest Hemingway, straight on to David Corbett. I am not kidding. He is that great."

David's short fiction, gathered 2016's "Thirteen Confessions," has appeared in a lot of anthologies and journals, even from "Las Vegas Noir" to "Smoking Poet" to the forthcoming "CRIME + MUSIC" (Oct 2016).

David has also contributed a chapter to the world's first serial audio thriller, "The Chopin Manuscript"--that won an Audie Award for Best Audio Book of 2008--and also to its follow up, "The Copper Bracelet."

His book on the craft of characterization, "The Art of Character" (". . .will rest near hand on writers' desks for many years to come" -- Cheryl Strayed) was released by Penguin Books in 2013. His nonfiction has appeared See all David Corbett products 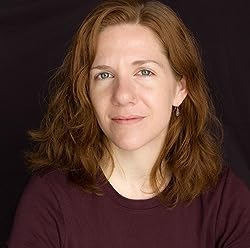 Alida Winternheimer is a author, editor, and instructor in Minneapolis, Minnesota. She's the author of this Story Works Guide to Writing Fiction Series, The Skoghall Mystery Series, A Stone's Throw, and the book. Her stories "The Herd" and "Wild Animal" were nominated for The Pushcart Prize, and she’s been published in Water~Stone Review, Storm Cellar Quarterly, Midwestern Gothic, and several other newspapers.

One of her earliest stories, "Henry Humbug," was recently retrieved from the parents’ cabinet, where it might have been lost to the ages. Alida wrote and illustrated that gem in her Nana's pink vegas rambler at age eight.

Alida and Seva the Wonder Dog function as a demonstration team for Helping Paws of Minnesota. She pulls animals and frequently hand them except for bees and crocodiles (which freak her out). Her favorite creature is her own daughter.