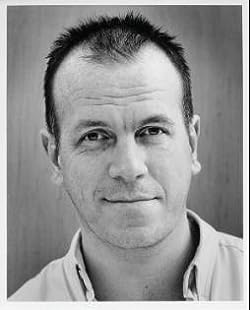 Originally from Brittany in Northwest France, Richard trained as a baker
Equally in Brittany and at the Grand Moulin de Paris.

His catering background
included a stint in the Silver Plough at Pitton in Salisbury, England, where
in 1990, he had been given American Express Magazine's UK Pub of the Year.

In 1996, a situation as Operations Director using the Novelli Group of
restaurants brought him to London, where he set up the Dough Co., his
consultancy business, at 2000. Since then Richard split his time between
advising on the development of new products for all those grocery
chains, instruction, and writing.

Back in 2004, having a young family, Richard and his wife Jo decided to go to
Bath, England, to be nearer into Jo's family. The programs for Your Bertinet
Kitchen began to take shape and they opened in September 2005, the same year
which Richard's first baking book, DOUGH, was released by Kyle Cathie. This
publication went on to win the 2006 Best Cookbook of the Year Award from the IACP
and also the 2006 James Beard Foundation Award for Excellence for the Best Book in
that the Baking and Desserts class.

Richard released his second book, CRUST, in 2007, and is composing a third
publication, COOK, to be released in 2010. The college has won several accolades and
was recently chosen as one of the top 10 cooking schools in the world by
GOURMET magazine. See it online at www.thebertinetkitchen.com See all Richard Bertinet products

Fu-Tung Cheng is known internationally for his sophisticated and advanced concrete designs for your home industry. He directs the Berkeley-based Cheng Design a firm that also produces prized kitchen ventilation units and GeocreteTM, a boutique line of concrete countertops. Cheng was the author of Concrete Countertops, the book that started the concrete countertop revolution. See all Fu Tung Cheng products