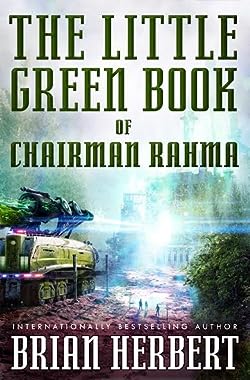 James Lowder has worked widely on both sides of the editorial blotter. His credits include the bestselling novels Prince of Lies and Knight of the Black Rose, short fiction for such anthologies as Shadows Over Baker Street and Ghost at the Cogs, and comic book scripts for DC, Devil's Due, Moonstone, and the city of Boston's First Night celebration. His work was translated into more than ten languages, including Hungarian, Yiddish, and Russian. He's written hundreds of feature articles and book, film, and game reviews for such diverse books as Dragon, Amazing Stories, Sci-Fi Universe, Milwaukee Magazine, and The New England Journal of History, also published role-playing game content such as Dungeons & Dragons, Call of Cthulhu, Marvel Super Heroes, along with several other systems. As an editor, he's guided novel lines or string for TSR, Green Knight, along with CDS Publications, also has helmed over a dozen critically acclaimed anthologies, including Hobby Games: The 100 Greatest, Beyond the Wall, along with the Books of all Flesh zombie trilogy. His work was a finalist for the International Horror Guild Award and the Stoker Award, and has won five Origins Awards and a silver ENnie Award.

Rick Atkinson is the bestselling author of six works of Story history, Such as The Guns at Light, The Day of Fight, An Army at Dawn, The Long Gray Line, In the Company of Soldiers, and Crusade.

He also was the direct essayist in Where Valor Rests: Arlington National Cemetery, released by National Geographic. He had been editor at The Washington Post for at least twenty years, foreign correspondent, war correspondent, and a reporter. His many awards include Pulitzer Prizes for also the Pritzker Military Library Literature Award for Lifetime Achievement at Military Writing and history, the George Polk Award, and journalism. He resides in Washington, D.C. For additional information, please visit www.liberationtrilogy.com. See all Rick Atkinson products