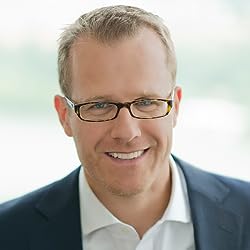 Matt Dixon is Group Leader of the Financial Services and Customer Contact Practices of CEB (NYSE: CEB) at Arlington, VA..

He's a sought-after speaker and advisor to corporate leadership teams around the globe on topics ranging from marketing effectiveness and sales to customer service and customer experience differentiation.

Along with his management responsibilities at CEB, Matt is a documented business writer. His original book, The Challenger Sale: Taking Control of the Client Conversation (Penguin, November 2011), was a #1 Amazon as well as Wall Street Journal bestseller. He’s been published many times from the Harvard Business Review&maybe not;&maybe not; with posts such as “Kick-Ass Customer Service” (January-February 2017), “Dismantling the Sales Machine” (November 2013), “The conclusion of Option Sales” (July-August 2012) and “Quit Trying to Delight Your Clients” (July-August 2010). His two most recent books are The Effortless Experience: Conquering the New Battleground for Client Loyalty, (Penguin, September 2013) as well as The Challenger Customer: Selling to the Hidden Influencer Who Can Multiply Your Results (Penguin, September 2015).


Matt holds a Ph.D. in the Graduate School of Public and International Affairs in the University of Pittsburgh as well as some B.A. in International Studies from Mount Saint Mary’s University in Emmitsburg, Maryland.

Visit Matt on LinkedIn in http://www.linkedin.com/profile/edit?trk=hb_tab_pro_top or follow him on Twitter in @matthewxdixon See all Matthew Dixon products 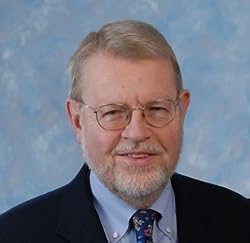 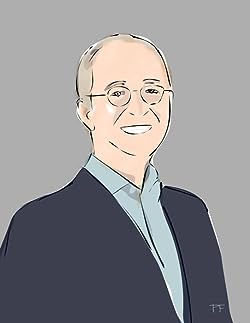 Maurice Oversees the Net Promoter Strategy Set on the web: the NPS Team on LinkedIn.

He retired from Hewlett Packard Enterprise at which he was Vice-President of Client Expertise for Software around early 2016. He talks, sites, now writes, and trains teams.

Before going to HP Software at 2012, Maurice spent years as a part of the overall HP EMEA Leadership Team along with also the EMEA Enterprise Business Management Team. HP strategies that cross functions and all businesses were implemented by him, with a focus on enhancing Enterprise client encounter with HP. Other work included company plan development for emerging markets and vertical industries, along with a variety of transformational initiatives at sales. He headed the EDS / HP integration work for the Enterprise Business at Europe the Middle East and Africa

Transferring into the more distant past, Maurice worked at Compaq, Digital Equipment Corporation, along with Blue Bell Apparel, the parent company of Wrangler jeans. He worked and has lived in seven countries before choosing to settle in Switzerland. See all Maurice FitzGerald products

Roy Barnes is among the leading authorities on measuring, designing and building Customer Experience. Close to twenty-five years at Marriott International running resorts, including as part of the # 1 rated hotel for Customer Engagement for a couple of years in a row of Marriott, Roy has held.

In the previous 10 decades, Roy has already been on the street with dozens of Fortune 500 businesses putting a simple, functional and results-proven process of building Customer Experience set up. 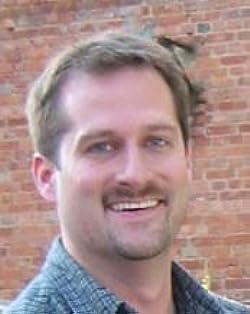 Jim Kalbach is a famous author, speaker, and teacher at design, information architecture, and user experience design. He's currently the Head of Education and Consulting a major whiteboard for digital collaboration, together with MURAL. Formerly, Jim has worked closely with businesses, including Citrix, SONY, Elsevier Science, Lexis Nexis, Audi, and eBay.

Before returning to the US in 2013 after dwelling for ten years in Germany, Jim had been the co-founder of the European Information Architecture conventions. He also co-founded the IA Konferenz series in Germany.

Jim’s plays jazz bass in jam sessions and combos at Jersey City, where his currently lives. In 2007 Jim released his first book, Designing Web Navigation (O’Reilly). His second book, Mapping Experiences (O'Reilly), is due out in 2015. He blogs in http://www.experiencinginformation.com and tweets in @jimkalbach

Don Peppers was the oldest of five kids and he had interests. He got a masters in public affairs from Princeton, with a concentration in foreign policy and earned a degree in astronautical engineering in the US Air Force Academy. But he has never worked in either of those fields. His initial occupation was as a economist at an oil company after serving in the Air Force, and then he became manager of accounting at a regional prison. At the airline that he gravitated into the marketing area, and finally went to work at a set of marketing agencies, where he gained a reputation as an effective "rainmaker," focusing on winning new clients. He wrote about a few of the successful (and unsuccessful) pitches in his novel Life's a Pitch: Then You Buy. His collaboration with Martha Rogers, a former marketing professor, began in 1990, and also The One to One Future, their first book together, was released. Ever since then eight more books have been co-authored by them the most recent being Extreme Trust: Honesty as a Competitive Edge.

Don and Martha founded a management consulting firm, Peppers & Rogers Group, which currently has consultants and offices on five continents and specializes in helping companies enhance their customer-facing procedures, from sales and marketing issues to customer support, communications, and social networking, and worker culture. They like to say their mission is "to create the world secure for clients." See all Don Peppers products