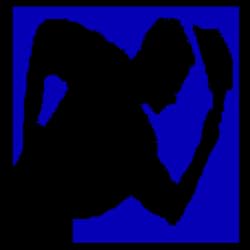 B.R. Snow is the author of twelve novels which include the first five books in his new cozy mystery series, The Thousand Islands Doggy Inn Mysteries, as well the first five novels in his successful Damaged Po$$e series and just two standalone books; Either Ore and Divorce Hotel, that is now in development as a feature film. His novels have been praised for their intricate storylines, exceptional characters and dialogue, along with their comedy.

As well as his books, he has two stage works to his credit The Wyoming Kid, also a comic melodrama set in the Wild West he participates with M.P. Bernosky which enjoyed a twelve-week run at the Sheridan Theatre in Sheridan, Wyoming; along with also a ninety-minute one-man show called A Brief History of Allergic Insanity that he composed and played in the Falcon Theatre in Burbank, California.

B.R. Snow grew up at the Thousand Islands in upstate New York about the Canadian border. He spent years living in Sydney, Australia as well as the Outback and Northern Territory. After finishing grad school at Penn State University, he bid a fond farewell to sunshine and led west. He also spent 14 years in Los Angeles before moving to Austin, Texas where he and his wife, Laurie, and their Golden Retriever, Stella, now thankfully live. Like a lot of others, B.R. is fond of stating#x201c;I wasn’t endured in Austin, but I got here when I could. ”

•Either See all B.R. Snow products