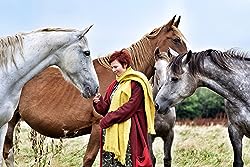 Brief biography.
Mary grew up on a tiny mixed farm in the south of Ireland. 20 years ago she founded her own business designing gardens in Dublin. Having lost the will to live from producing modern houses, she re-imagined her job to become character as opposed to human centred and realised she could continue shaping property in exactly the identical way.
Mary attracted her brand new, still comparatively unformed ideas to be showcased in the Chelsea flower show in London in which she attained a gold trophy, unusual in the time for a first time effort. Since that time, she has built up a cult following at the world of garden style and is deemed unique.

Another U-turn came a couple of years back when Mary realised we needed to rethink the entire connection we had with the land and re-examine what it means to truly design in harmony with nature. Those revelations result in#x2018;The Garden Awakening” becoming born. This publication was written over four years when her two young kids were still asleep during the nighttime.

Mary has been proven to exhibit telly programmes about garden layout and do the strange garden makeover around the box. She also gives workshops and talks regarding her work and beliefs. She’s trained as a Reiki master, isn't a terrible cook (to her moms eternal surprise) and she likes to campaign against evil multinational efforts to cull off us with pesticides, herbicides and GMO’s. She spends a good deal of time climbing and guiding her own territory, but a lot of her time is spent being a harassed single mother, trying to develop two cheeky but wonderful boy and girl monsters and a crazy golden-doodle with as much grace and love as possible. 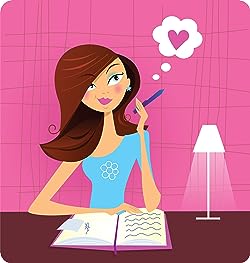 Hello! I’m M. I live in the Midwest. I enjoy my house full of family, like my beautifully lovely husband, four beautiful daughters, two handsome sons, and an remarkable sidekick cat, who keeps me company all day while I dream my crazy and exciting tales!

And should you#x2019;d enjoy, you can sign up to my newsletter and be notified when another Witch Squad Cozy Mystery comes out, please see my site!

Eventually, if you liked the book, I'd truly appreciate you leaving a review!

All of the top,
XOXO - M See all M.Z. Andrews products

Peter E. Kukielski is broadly recognized for his work toward adulthood and disease immunity in increased gardens. He was also curator of the Peggy Rockefeller Rose Garden at the New York Botanical Garden from 2006 to 2013. In 2007, he also redesigned the rose collection of the Beatrix Farrand - equipped garden. In 2008, he used a new mission: trialing and also planting roses for disease resistance and less substance use in the backyard. His newest novel "Roses Without Chemicals" is really a culmination of the study. Under Peter's leadership, the Peggy Rockefeller Rose Garden obtained the Great Rosarians of the World Rose Garden Hall of Fame Award for 2010 and was voted America's Greatest Public Rose Garden Screen by the All American Rose Selections (AARS) committee. The garden received the Award of Excellence realizing it as one of the finest rose gardens on the planet. Peter arrived at New York from Atlanta, Georgia, where for over 10 years he also owned and operated The Rose Petaler Inc., an improved garden design and maintenance enterprise. Peter is on the National Earth-Kind® staff and helps to lead the Northeast trials. He is also the executive director of the newest American Rose Trials for Sustainability (A.R.T.S.), established in 2014, national improved trials set up to scientifically determine the very best roses based on regionality and climate. Peter has been contributor to and also coeditor of this Sustainable Rose Garden: A Reader at Rose Culture (Newbury Books 2010). He resides in Portland, Maine.

Life-long gardener Louise Riotte and beloved Storey writer passed out in 1998 at the age of 89. She wrote 12 books on companion planting, gardening, and garden lore, one of. Her father taught her to believe in and practice astrology, while her mother was a practicing herbalist. Collectively they influenced Roses Love Garlic and her books, her own life, Astrological Gardening, Sleeping with a Sunflower, Catfish Ponds & Lily Pads, and her most recent book, Raising Animals by the Moon. Her line drawings are contained in all her novels. Before authoring publications, Riotte was a ghost writer for Simon & Schuster and also for Jerry Baker's radio gardening show, and she composed a range of articles for Organic Gardening too. Riotte took pride in her yard near her home in Ardmore, Oklahoma, which her son Eugene helped care for in her later years. See all Louise Riotte products