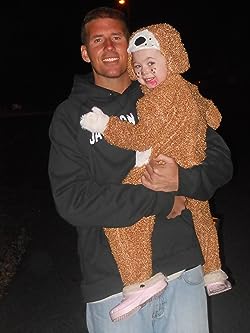 Dustin Stevens is the author of over 20 novels, 15 of them having become #1 Amazon bestsellers, such as the Hawk Tate and Zoo Crew series. The Boat Man, the very first release in the best-selling Reed & Billie series, has been recently called the 2016 Indie Award winner for E-Book comic book and the 3rd Grand Prize Winner for many publications – hard cover, paperback and ebook.

A part of the Mystery Writers of America and Thriller Writers International, he resides in Honolulu, Hawaii. See all Dustin Stevens products 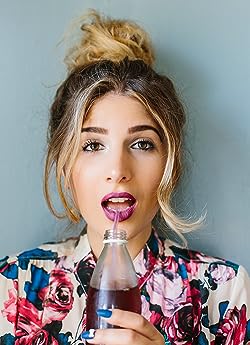 Kate Albrecht AKA Mr. Kate grew up in the San Fernando Valley of Los Angeles County, surrounded with the implants and Also inflated egos of Hollywood.

Sheltered by her own Waldorf education from Kindergarten through High School, a education system based on the doctrine of Austrian philosopher Rudolf Steiner which highlights schooling during the nurturing of a person's creativity and wonder over grades and faculty preparation, Albrecht found the resources to look at life through a more inventive lens. Recently called a Creative Innovator by Conde Nast, Albrecht is now the pint-size, curly-haired visionary behind the quirky and inspirational lifestyle brand Mr. Kate. Albrecht founded the business, with the motto of "Why Not?" And the objective of inspiring others to find their very own distinctive sense of style and self. What started as a simple site, YouTube channel and Etsy shop has become an international brand with a global audience in the millions including a thriving e-commerce platform with product lines designed by Kate herself, also worn by celebrities such as Beyonce, Alessandra Ambrosio, along with Kylie Jenner, a publishing arrangement with Harper Collins for her book “A Hot Glue Gun Mess” (publication date: June 16, 2015), looks on major television and print outlets such as The Today Show, Access Hollywood, W-Magazine, Lucky, and Glamour, and also brand and licensing deals with Fortune 500 firms such as Target, Pepsi along with Macy’s all seeking to tap to Mr. Kate's imagination and influence. Albrecht lives in business partner Joey Zehr and Los Angeles with her husband along with their two fur babies. See all Mr. Kate products 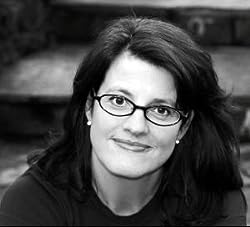 Kelly Corrigan is, over anything else, '' the mom of 2 young girls. While they’re at school, Kelly writes a newspaper column, the occasional magazine article, and possible chapters of a novel. She's also the creator of CircusOfCancer.org, a website to educate people how to help a friend through breast cancer. Kelly lives outside San Francisco with her husband, Edward Lichty. See all Kelly Corrigan products 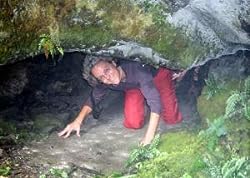 Dr. Lucy Spelman is a vet working to attract artists and scientists together to rescue species. Animals have always been a part of her life. Since 2010, once she began teaching biology in the Rhode Island School of Design to students, she has been investigating the interface between art, science, and one-health medication. She has an undergraduate degree in mathematics from Brown University and a doctoral degree in veterinary medicine from the University of California at Davis. In 1994, she became a part of the American College of Zoological Medicine. Her work experience includes zoo, wildlife, and small animal medicine; people speaking; writing; instructing; zoo management—she served as the first female Director of the Smithsonian’s National Zoo from 2000-2005; also, conservation—she had been the Field Director for the Mountain Gorilla Veterinary Project from 2006-2009. She has authored numerous scientific posts and two novels that were popular: The Rhino and the National Geographic Animal Encyclopedia .

In 2015, '' Dr. Lucy based, Creature Conserve (www.creatureconserve.com), a nonprofit firm devoted to bringing artists and scientists together to foster informed and sustained animal conservation. She currently practices in Ocean State Veterinary Specialists, educates at RISD, and also serves on the boards of the Wildlife Rehabilitators Association of Rhode Island, the Art of Conservation, and the Karanambu Trust. Inside her TEDx discussion, “Art Can Save a literary" she makes a case for greater public engagement in conservation through the arts. Using illustrations, for example work by her pupils RISD, she shows us that art and science reach a larger audience having a message.