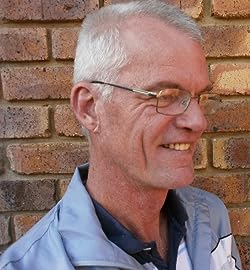 For as long as I can remember, I have been passionate about training. Although I didn't stick to a career in teaching, I have always taught friends at school, colleagues on the job and the staff working to me.

I still remember helping a friend in front of a math test at school and him becoming a higher score than I did! It really made his day, even maybe not his entire year; though I must admit that I was quite pissed off about it in the time :--RRB-

After trying to find a business as Technical Manager for so several years, I purchased and ran a tiny franchised computer training school which offered individual training, mainly on Microsoft Windows and Microsoft Office. It was during this time that I really felt myself coming living.

I realised then that although I had always loved my job, this was my real enthusiasm. On a daily basis, I can see how people that were fearful of working with a computer begin to understand and develop with their newfound understanding. Assuring people that they are not stupid, that they can do so as soon as they attempt to then seeing it happen gives me a high that I can't describe.

I have lots of success stories from this time but one which stands out in my head is the one on the 80 year old man who had never switched on or even owned a computer. Possessing a curious mind and wanting to know more, he had been interested in the web, and decided to do a course to learn more. We started with the fundamentals of Windows followed by Internet explorer. Gerhard arrived for 1 hour every morning 5 times a week. After 3 weeks he was flying around the internet and with a blast discovering exactly what it was all about. At the conclusion of the course he told me that though the net was interesting and contained a great deal of information, he was quite satisfied with his newspapers and magazines and would not be chasing gaining knowledge via the internet actively.