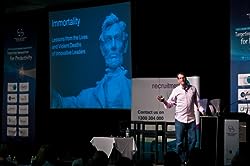 David Rendall began life in Milwaukee as a infant that was pigeon-toed. His parents sent him to school, after he was twenty years old. He decided this was unacceptable, so he obtained a job delivering papers at five each morning and started collecting aluminum cans. Since then he has turned into lawn boy, a stock boy, caddie, painters, janitor, coach assistant, job coach, supervisor director and pupil.

He can not sit still, be quiet or do exactly what he is told. He is also idealistic and bad at managing details. Each one of these weaknesses help him to succeed as a speaker, leadership professorcomic and endurance athlete.

Throughout the last ten years he has spoken to countless audiences throughout the USA, Africa, Canada, India, Australia, New Zealand and the United Kingdom. His customers include Duke University, GlaxoSmithKline, Tyco International, Jobs Australia, Potash Corp, AT&T and Value Options.

Early in his career, he managed nonprofit businesses that provided work for people with disabilities. He has more than fifteen years of experience leading individuals and associations. David includes a doctor of management level in addition to a graduate level in psychology. See all David J. Rendall products 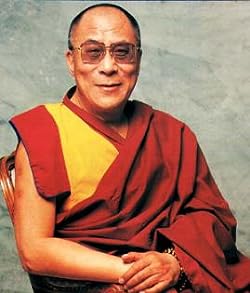 His Holiness the Fourteenth Dalai Lama, Tenzin Gyatso, was born in 1935 and was recognized as the reincarnation of his predecessor at age two. The world's foremost chief, he travels extensively, talking eloquently in favor of ecumenical understanding, kindness and compassion and also, most importantly, world peace. See all Dalai Lama products