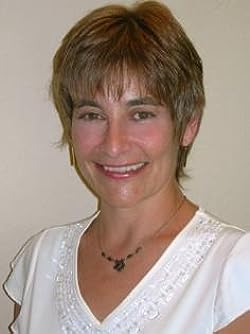 Linda Dobson and household started their paychecks travel in 1985. They were having so much fun together that she wished to share news of the educational approach with as many other families as possible. She co-founded a local homeschooling support team that currently offers support and learning activities to a developing membership. She helped found and also for the first two years served as organizer of this New York (State) Home Educators' Network. Upon creation of the National Home Education Network (NHEN) from 1999 she served as its first public relations adviser as a press contact supplying journalists, journalists, and investigators with background information and interviews. She was likewise Homeschool.com's ancient years' adviser.
Linda's articles have appeared in dozens of magazines, including Great Britain, but her favorite stint was as Home Education Magazine news reporter and reporter for nearly a decade. She still regularly contributes a commentary column, "Notes from the Road Less Traveled," and is behaving columns editor. She has written eight novels, and contributed essays and forewords to a lot more. She's appreciated diversity in composing, from a kids ' pillar for an Atlanta-based alternative paper to email order copy, in addition to consulting and market research for companies such as Barnes&Noble.com and Grolier's. Linda is experienced with all the media having provided dozens of interviews for radio talk shows, feature stories, including German Public Radio, and books including The Wall Street Journal, U.S. News & World Report, Reader's Digest, Better Homes & Gardens, along with "Live Online" for the Washington Post.
As she became house education's most prolific author and vocal spokesperson, Linda appeared as a nationally respected conference keynote speaker. She's traveled across the country, staying connected with parental concerns and instructional strategies across the U.S. and Canad See all Linda Dobson products