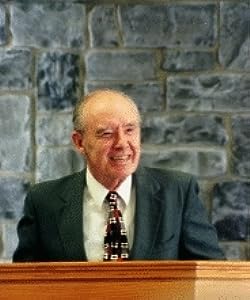 Dr. Robert B. Thompson was born in Portland, Maine in July of 1925.

He grew up in West Haven. He was converted to Christ in 1944 while serving with the U.S. Marines in Hawaii on the island of Oahu. A year later, following the finish of W.W.II, he had been called to preach the gospel while stationed in Sasebo, Japan.
A former educator, lecturer, and public school administrator, he holds the degree of Doctor of Education in the University of Rochester, New York, and possesses three Life Credentials at the State of California. After many years of effort in secular education the Lord burdened his heart to write about the works of salvation that come after Pentecostal experience.
He and his wife, Audrey, have served since February 1976 as pastors of both Mount Zion Fellowship in Poway, California. Dr Thompson had written over six hundred publications, booklets, and pamphlets concerning the Christian salvation, all which may be seen on his site, www.wor.org. See all Robert B. Thompson products 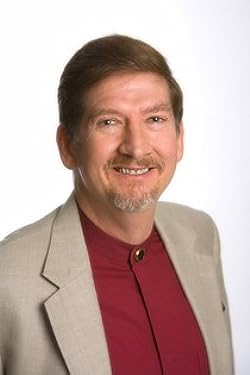 The finest escape in literature would be an escape into a real and inviting civilization--thus claims L. D. Alford, a novelist who explores with originality those societies and cultures we think we already understand. He assembles tales that produce ancient people and occasions real to people. His stories uniquely explore the connections between present history and events--he unites them with ribbons of reality which bring the past alive. L. D. Alford is conversant with technology and cultures--he made a B.S. in Chemistry by Pacific Lutheran University, an M.S. in Mechanical Engineering from Boston University, and a Ph.D. in Aerospace Engineering from the University of Dayton, and is a graduate of Air War College and Air Command and Staff College. He's widely traveled and has spent long periods in Europe and Central America. L. D. Alford is an author who combines intimate cultural and scientific knowledge into fiction worlds which breathe fact. 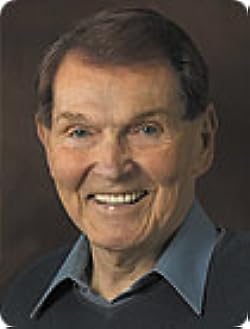 Dr. Tim LaHaye (www.timlahaye.com), who conceived the concept of fictionalizing an account of the Rapture and the Tribulation, is a noted author, philosopher, and nationally recognized speaker on Bible prophecy. He is the creator of both Tim LaHaye Ministries and The PreTrib Research Center. He recently cofounded the Tim LaHaye School of Prophecy in Liberty University. Currently Dr. LaHaye speaks at several Bible prophecy conferences in the U.S. and Canada, in which his present prophecy books are highly common.

Dr. LaHaye holds a doctor of ministry degree from Western Theological Seminary and a doctor of literature degree from Liberty University. For 25 years he pastored among the country's outstanding churches. It was during this time that he founded two accredited Christian high schools, a Christian college program of ten universities, along with San Diego Christian College (formerly called Christian Heritage College).

Dr. LaHaye has composed over 50 non-fiction novels and co-authored 25 fiction novels, many of which have been translated into 34 languages. He has written books on a variety of subjects, including family life, temperaments, and Bible prophecy. His hottest fiction works, the Left Behind series, composed of Jerry B. Jenkins, continue to appear about the best-seller lists of those Christian Booksellers Association, "Publishers Weekly," the "Wall Street Journal," "USA Today," along with the "New York Times."

Another popular series by LaHaye and Jenkins is The Jesus Chronicles. This fiction series provides readers a rich century experience as Matthew recount, and John, Mark, Luke exciting reports of the life of Jesus. Dr. LaHaye is co-author of some other comic series, Babylon Rising. Every one of the four titles in this show have surfaced on the New York Times best seller list in the top 10. All these are suspense thrillers with thought-provoking messages.