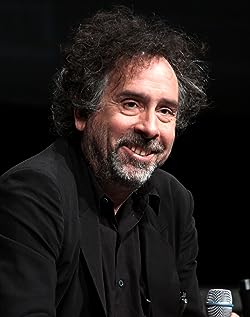 Timothy Walter "Tim" Burton (/ˈbɜːrtən/; created August 25, 1958) is an American film director, producer, performer, writer and animator. He is well known for his black, gothic and quirky fantasy films such as Beetlejuice (1988), Edward Scissorhands (1990), the animated musical The Nightmare Before Christmas (1993), the biographical film Ed Wood (1994), even the more horror dream Sleepy Hollow (1999), along with later efforts like Corpse Bride (2005), Sweeney Todd: The Demon Barber of Fleet Street (2007), Black Shadows (2012) and Frankenweenie (2012).) He is also known for blockbusters such as the adventure comedy Pee-wee's Big Adventure (1985), also the most superhero films Batman (1989) and its first sequel Batman Returns (1992), the sci-fi film Planet of the Apes (2001), the musical adventure film Charlie and the Chocolate Factory (2005) along with the fantasy movie Alice in Wonderland (2010), which landed a worldwide gross of over $1 billion.)

Burton has worked repeatedly with Johnny Depp, who has come to be a close buddy of Burton since their first movie together. He has also worked with musician Danny Elfman, who has composed scores for all but two of the films Burton has directed. Lady Helena Bonham Carter, Burton's former national partner, has emerged in a number of his films. In addition, he wrote and illustrated the poetry book The Melancholy Death of Oyster Boy & Other Stories, published in 1997 from Faber and Faber, along with a compilation of his drawings, sketches and other artwork, entitled The Art of Tim Burton, premiered in 2009. A follow-up to The Artwork of Tim Burton, entitled The Napkin Art of Tim Burton: Things You Think About in a Bar, comprising sketches made by Burton in napkins at bars and restaurants he sometimes visits, premiered in 2015. Both compilations were published by Steeles Publishing.
Bio from Wikipedia, the free encyclopedia. Photo from Gage Skidmore [CC BY-SA 3.0 (http://creativecommons.org/licenses/by-sa/3.0)], via Wikimedia Commons. 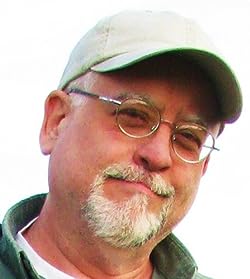 Chuck Dixon has more than twenty-five years of experience in the graphic novel field as an editor, author and publisher. He's contributed well to publishers like Marvel, DC Comics, Dark Horse, Hyperion and many others over a million scripts featuring a Array of personalities from Batman into the Simpsons. His comic book adaptation of J.R.R. Tolkien's The Hobbit is still an international bestseller. Considered to be among the most prolific writers in his area, this award-winning storyteller Has G.I. Joe for IDW, together with many creator-owned projects such as Winterworld along with Joe Frankenstein which re-unites him using Bane co-creator Graham Nolan. He's also the co-creator of the line of picture books based on the American Civil through Dover publications.


In addition to his job in film books, Chuck is currently writing two different series of action books. Bad Times is a series about a group of Army Rangers who travel back in time looking for treasure and adventure. His Kindle-sensation Levon Cade books are tales of vigilante justice. Both are available now in paperback and through Kindle! See all Chuck Dixon products