Based on the analysis of 545 reviews. 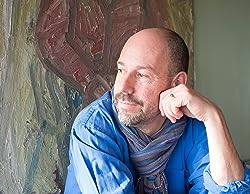 LAURENCE ANHOLT is a UK based author illustrator. He has made in more than 30 languages over 200 children's books in a career spanning three decades.

Titles like the the self-illustrated ANHOLT'S ARTISTS show along with the humorous SERIOUSLY SILLY STORIES have sold countless millions of copies across the globe. Laurence and his wife have also collaborated on several picture books.

Laurence's debut novel for Young Adults will be released in the UK from Penguin Random House in October 2016. THE HYPNOTIST is an extraordinary tale of bias and tolerance place in the Deep South of America - A piece of history, a sprinkle of magic realism and a twist of humor!

Born in 1959, Laurence Anholt has been composed largely in Holland in which he developed a lasting love of Art. He went on to study Painting for 2 years, culminating in a Master's Degree by the Royal Academy of Art in London. Laurence and Catherine live and work in a house on a hill with wild flower meadows and comforts, overlooking the ocean in Devon England.

Laurence's books have won a lot of awards, including the prestigious Nestlé Smarties Gold Award on two occasions. From UK libraries throughout all genres, Laurence has been for more than a decade. He was included in the Independent on Sunday's Top 10 Children's Authors in the united kingdom and has been described by William Watt as "one of the most versatile writers writing for children today".

Catherine and Laurence have been closely involved with lots of UK literacy strategies such as the UK Government funded Bookstart scheme. Their publication Babies Love Books (additionally a much-loved picture publication) encourages parents to share books with babies in the earliest possible age. Their work has taken them inside Downing Street and Buckingham Palace on several occasions.