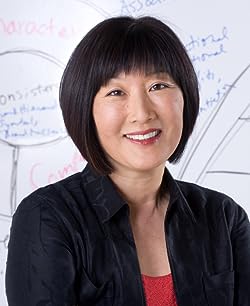 For the first time, Kang produces her signature system readily available to a mass market with BrandingPays: The Five-Step System to Reduce Your Personal Brand (January 2013). Readers will discover to use "Bake the Cake, afterward Ice It" metaphor to market their personal brands for the world. The publication includes activity lists, charts, templates, and inspiring stories - most from under-represented classes in small business direction - to assist entrepreneurs, professionals, and even their very own recipes are developed by college students for effective branding.

Kang, who has more than twenty years of experience in brand strategy consulting, has been a partner with Regis McKenna Inc., the legendary marketing firm that created and established the Apple brand. She has consulted to more than 150 organizations in Europe america and Asia by Fortune 100 companies to startups and non-profits. Her broad experience has included such varied clients as Ariba, AT&T, Genentech, HP, iCharts, Lavante, Synopsys, Maxtor, NCR, Park Systems, SigmaQuest (Camstar), UC Davis Health System, Webroot and VoyagePrive.

Her communications and marketing foundation gives her a 360-degree view of branding. A former newspaper journalist on the East and West Coasts, she has held positions. Kang is a frequent speaker at business schools and associations.
She has served on the boards of the Friends of the Palo Alto Library and the Women's Technology Cluster (Astia). She has also donated her time for a Change, CORO, Asian Business League of S See all Karen Kang products For well over fifteen years, Mel has been inspirational companies around the world to comprehend and take advantage of the explosion in use of technology and media.

After seven years in Microsoft as their Digital Evangelist, Mel abandoned in the summer of 2012 to start Seattle-based consultancy – Delightful Communications – which assists businesses and individuals successfully apply marketing approaches that are focused on Social Media, Digital PR and Personal Branding.

He also relishes his work as US Brand Ambassador for Majestic, evangelizing the largest publically open hyperlink intelligence database & toolset on the planet to marketers and advertising specialists all over America.

He began his electronic advertising career as an editor in the search engine LookSmart at 2000, spending some time in 24/7 Search as an Account Director before going to Microsoft in 2005. He had been a part of the team that planned & implemented the united kingdom roll-out of Microsoft adCenter, now Bing Ads, in August 2006, and it didn’t take much persuasion for Mel to aid set up Microsoft Advertising’s Community Team that same year, when it became evident that Social Media Marketing was going to be enormous. 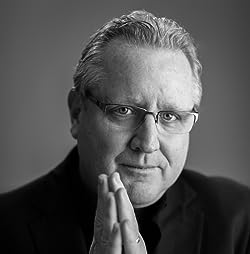 He is writer, speaker, business consultant, and a instructor. His famous blog grow (www.businessesGROW.com), is among the most acclaimed marketing blogs of the world. Mark has worked in international revenue, PR, and advertising and marketing positions for almost 30 decades and today offers consulting services as Executive Director of U.S.-based Schaefer Marketing Solutions. He has advanced degrees in marketing and organizational growth and holds seven patents. Mark enjoys instructing networking that is social marketing classes and is a faculty member of the graduate research program at Rutgers University and has lectured in several universities such as Oxford and Princeton. He is a popular public speaker and has appeared in Wired, Forbes, Fortune News, New York Times, the WSJ, and other media outlets. See all Mark W. Schaefer products