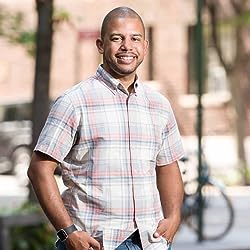 Caseen Gaines is the author of the forthcoming The Dark Crystal: The Ultimate Visual History, an officially-licensed book detailing the manufacturing of Jim Henson's 1982 masterpiece, '' which will be released in September by Insight Editions with a foreword from Cheryl Henson and introduction by Brian and Wendy Froud.

Gaines's previous books include We Don't Need Roads: The Making of the Back to the Future Trilogy (Plume, 2015), that was showcased by NPR, The Hollywood Reporter, Vanity Fair, Entertainment Tonight, People Magazine, and other media outlets globally.

He could be seen on Facebook (www.facebook.com/caseengaines), in addition to Twitter and Instagam (both @caseengaines). See all Caseen Gaines products