Based on the analysis of 787 reviews. 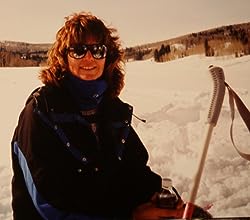 Chinle Miller awakens the outback of Colorado and Utah, eyeing civilization. She's accompanied by her dogs and intermittent ravens.

She has a B.A. in Anthropology and an M.A. in Linguistics and an A.S. in Geology.


You can follow Chinle in https://www.facebook.com/YellowCatBooks See all Chinle Miller products 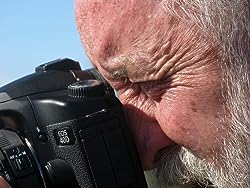 John Glass was born in Warm Springs, California – inhabitants 250. From that town his family moved to Colorado, then on to Southern Cal and at 1954 settled on a seven-acre grape ranch he moved off to college.

His love of nature and the outdoors was passed on him by his mother – who'd grown up on a farm with her family and lived off the ground during the whole depression.

John is a self-taught photographer. He got his first Canon SLR at 1974 and began photographing the deserts and hills of Utah and Nevada. He has hiked, fished and has always liked the outdoors and hunted all around the west. He shot nothing but Kodachrome 25 and 64 slides for 20 years so as to find the finest detail and color.

Finally in 2003, John began the change over to digital photography. In 2007 he fulfilled with his wife Jean and with her urging his interest revitalized . As they traveled in search of photo places, he also purchased the new gear and started shooting in earnest again.

He's shot all over the West and Hawaii. He mostly loves to take the outside and landscape pictures but also does lots of pro-bono work to get his preferred betterment groups.

Bill Schneider, Falcon Publishing's co-founder, is an experienced outdoorsman and writer of more than twenty books about backpacking and natural history from the American West. He resides in Helena, Montana. See all Bill Schneider products