Based on the analysis of 455 reviews. 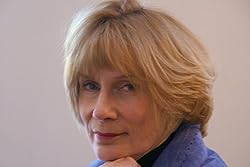 Katherine Ramsland started her career as a writer with Prism of the Night: A Biography of Anne Rice. She had a bestseller with The Vampire Companion. Ever since then, she has released 59 books and over 1,000 articles, reviews and short stories. From ghosts to vampires to serial killers, she's taken on a number of themes. She holds graduate degrees in clinical psychology forensic psychology, criminal justice, and doctrine. Currently, she teaches criminal justice and forensic psychology at DeSales University. Her books include The Forensic Psychology of Criminal Minds, The Human Predator: A Historical Chronicle of Serial Murder and Forensic Investigation, within the Minds of Mass Murderers, Inside the Minds of Sexual Predators, and in the Minds of Serial Killers. Her background in forensic research unearthed her to assist former FBI profiler John Douglas on his book, The Cases that Haunt Us, also to co-write a novel with former FBI profiler, Gregg McCrary, The Unknown Darkness, in Addition to the Actual Life of a Forensic Scientist together with Henry C. Lee and A Voice for the Dead using James Starrs. She speaks internationally about forensic psychology, forensic science, and serial killers, and has appeared on several documentaries, in addition to such programs as The Today Show, 20/20, 48 Hours, NPR, Coast to Coast, Montel Williams, Larry King Live and E! True Hollywood. She spent five years helping "BTK" Killer Dennis Rader write his autobiography, also has begun a supernatural fiction show with The Ripper Letter. See all Katherine Ramsland products 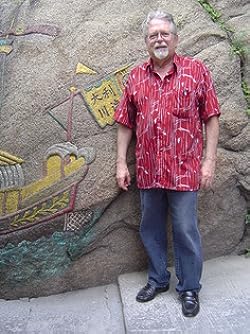 He is the author of more than 35 books, the great bulk reference works or scholarly texts in Western religious history, including the "Encyclopedia of American Religions" (eighth edition, 2009), and most recently "Religious Celebrations: An Encyclopedia of Holidays, Festivals, Solemn Observances and Spiritual Commemorations" (2011). He has also written several reference publications in Dracula and vampire studies such as the award winning "The Vampire Book: The Encyclopedia of the Undead" (third edition 2010). See all J Gordon Melton products 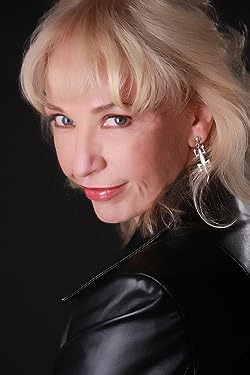 I work in the metaphysical and paranormal fields, which means I direct a life that is highly adventurous and most peculiar. I have written over 50 books, including encyclopedias, on a variety of angels to zombies, topics, A-Z and everything in between. I cover the whole range of the paranormal, for everything fits although the paranormal and the metaphysical. My job is part of my journey; probing to the Other Side, the taboo, along with dimensions is that my search for Truth.

I undertake field investigations of ghosts, UFOs, aliens, ultraterrestrials, Shadow People, Bigfoot, mystical monsters, Djinn, demons, angels, fairies and more. I am out on the street, and I've had lots of first-hand experiences of a number of the things which I document in my publications. We live in an "Interdimensional Earth" that is increasingly revealing itself because our understanding grows. My job is dedicated to the we have experiences, and to helping individuals understand their experiences and also incorporate the value of them into existence. I deal with difficulty hauntings and soul attachments.

On the other hand, my job is devoted to helping individuals develop their spiritual route for much more educated and prosperous dwelling. My areas of focus are dreams angels and dreamwork; manifestation, psychic and intuitive skills; that the afterlife; soul communication; meditation and prayer lifestyles; along with experiences of an extreme nature. I am a hypnotist with all the International Hypnosis Federation, also have coached in various energy healing methods.

In addition to my writing and research, I keep a busy networking and lecture schedule, publish a free e-newsletter known as "Strange Dimensions," and operate my personal publishing and productions company, Visionary Living, Inc..

For the last twenty years, Dr. Matthew E. Bunson has been busy in the region of Catholic Social Communications, such as writing, editing and lecturing on a variety of topics related to Church history, the papacy and Catholic civilization.

Senior Correspondent for Our Sunday Visitor and also a senior fellow of the St. Paul Center for Biblical Theology, He's the author or co-author of over forty-five publications such as: The Pope Encyclopedia, The Encyclopedia of Catholic History, The Encyclopedia of Saints, John Paul II’s Book of Saints, Papal Wisdom and The Angelic Doctor, The Life and World of St. Thomas Aquinas.

In 2005, he authored the very first biography of Pope Benedict XVI in the English language. He's also the co-author of the upcoming Encyclopedia of this U.S. Catholic History. Since 1997, he's served as editor of Our Sunday Visitor’s Catholic Almanac. Additionally, he has been editor of The Catholic Answer Magazine since 2010 and is a professor of History and Church History for the Catholic Distance University in Virginia.

Throughout the 2005 papal interregnum and conclave, Bunson functioned as a special advisor to USA Today and has appeared as a guest on many radio and television programs, including MSNBC, Fox News, CNN, EWTN, France 24, along with Relevant Radio. Aside from his Doctor of Ministry degree from the Graduate Theological Foundation, Bunson maintains a Bachelor’so degree in History, along with two Master’s levels in Theology. He's now pursuing doctoral studies for a Ph.D. in Church History.