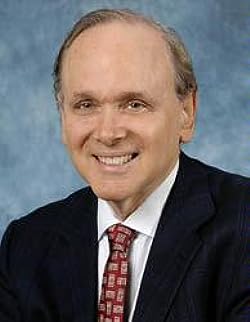 Daniel Yergin is the author of the bestseller The Quest: Energy, Security, and the Remaking of the Modern World which has been hailed as “a fascinating saga” about the “pursuit for sustainable sources of electricity,” and “the book that you must read to comprehend the future of our economy and our way of life,” not to mention “necessary reading for C.E.O.’s, conservationists, lawmakers, generals, spies, technology geeks, thriller authors... and lots of more. ”

He also received the Pulitzer Prize for The Prize: the Epic Quest for Oil Money and Power, which led to a number one New York Times best seller and was translated into 17 languages.

Dr. Yergin functions on the U.S. Secretary of Energy Advisory Board and chaired the US Department of Energy’s Task Force on Strategic Energy Research and Development. He is a Trustee of the Brookings Institution, about the Advisory Board at the Massachusetts Institute of Technology Energy Initiative, also on the Board of the New America Foundation.