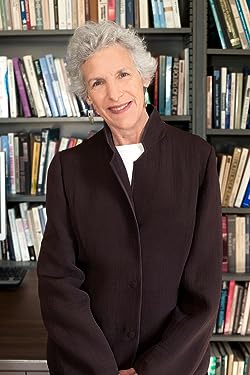 Joan C. Williams has played an essential role in reshaping the arguments on women's advancement for the last quarter-century. Described as having "something approaching rock superstar status" by The New York Times, '' Williams had been awarded the American Bar Foundation's Outstanding Scholar Award (2012), the Elizabeth Hurlock Beckman Award (2012),the ABA's Margaret Brent Award for Women Lawyers of Achievement (2006), and the Gustavus Myers Outstanding Book Award for Unbending Gender: Why Family and Work Conflict and What To Do About It (Oxford University Press, 2000). In spite of her work, Williams gave the 2008 Massey Lectures in American Civilization at Harvard University, delivered in previous decades by (among many others) Eudora Welty, Gore Vidal and Toni Morrison.

Williams, who is Distinguished Professor of Law and Hastings Foundation Chair in University of California, Hastings College of the Law, has reprinted or co-authored six novels. She's written over seventy law review articles, such as one recorded in 1996 as one of the most cited law review articles ever composed. Her work was excerpted in casebooks about six topics.

As Founding Director of WorkLife Law (WLL), Williams has played a major role in documenting workplace bias against mothers, Resulting in the Equal Employment Opportunity Commission's 2007 Advice on Caregiver Discrimination. Her article "Beyond the Maternal Wall: Relief for Family Caregivers Who Are Discriminated Against on the Job," 26 Harvard Women's Law Review 77 (2003)(co-authored with Nancy Segal), was prominently mentioned in the landmark case, Back v. Hastings on Hudson Union Free School District, 365 F.3d 107 (2d Cir. 2004). Williams has coordinated social scientists to document workplace bias against moms, especially in a 2004 special issue of the Journal of Social Issues titled "The Maternal Wall" (co-edited with Monica Bie See all Joan C. Williams products