Top When To Text A Girl Brands 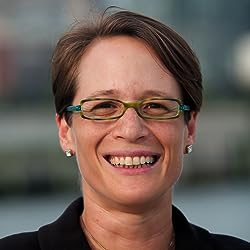 Businesses can help solve the best challenges. They'd better - because they are helping create them. I'm not to philanthropy or dressing team. That stuff is fine, but I am about improving out the consequences of a company's business to the feet of the distribution chain.

I have spent the past 15 years getting to know people working in, with, and against the world's biggest businesses, pushing for longer responsible practices. The result is "The development of a Corporate Idealist: If Girl Meets Oil," based on my time with BP and weaving from the tales and reflections of the others.

I am currently a visiting scholar at Columbia University and serve as an advisor to BSR. You may find my posts and discussions, including my TED chat, here and at christinebader.com. See all Christine Bader products 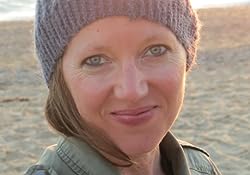 Maggie Nelson is a poet, critic, scholar, and nonfiction writer. In 2016 she was received a MacArthur "genius" grant. She is the author of five books of nonfiction, such as The Argonauts (Graywolf Press, 2015), which won the National Book Critics Circle Award in criticism and has been a New York Times best-seller; a landmark function of ethnic, art, and literary criticism titled The Art of Cruelty: A Reckoning (Norton, 2011), that was featured in the front cover of this Sunday Book Review of the New York Times and termed a NY Times Notable Book of the Year; the cult classic Bluets (Wave Books, 2009), which was appointed by Bookforum among the 10 best books of the previous 20 years; a memoir about her loved ones, media spectacle, and sexual violence titled The Red Parts (originally released by Free Press in 2007, reissued by Graywolf in 2016); along with a critical study of painting and poetry titled Girls, the New York School, and additional True Abstractions (University of Iowa, 2007; winner, the most Susanne M. Glassock Award for Interdisciplinary Scholarship). Her books of poetry include A Few Intelligent, Then Holes (Soft Skull Press, 2007), Jane: A Murder (Soft Skull, 2005; finalist, the PEN/Martha Albrand Award for the Art of the Memoir), The Newest Winter (Hanging Loose Press, 2003), also Shiner (Hanging Loose, 2001). She's been a 2010 Guggenheim Fellowship in Nonfiction, the recipient of a 2012 Creative Capital Literature Fellowship, an NEA Fellowship in Poetry, and also an Andy Warhol Foundation/Creative Capital Arts Writers Grant. She lives in Los Angeles. See all Maggie Nelson products