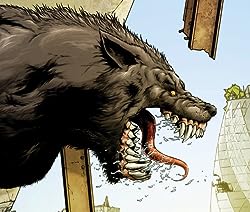 Alec Worley writes comics including many others, Teenage Mutant Ninja Turtles, Star Wars and 2000 AD. (And no, he doesn’t even draw the images.) He also writes fiction.

He spent a few years as a projectionist at the picture palaces and fleapits of London’s West End, prior to putting it all in to become a movie journalist writing for Sight & Sound, Empire, Total Film, SFX, along with others. In 2005 he published the book from Georges Méliès to the Lord of the Rings.

Alec got into comics through the slush pile at 2000 AD for whom he proceeded to compose classic personalities Judge Dredd, Judge Anderson, along with Robo-Hunter, in addition to create two first string: paranormal humor Dandridge (with celebrity Warren Pleece) and urban fantasy saga Age of the Wolf (with celebrity Jon Davis-Hunt). He writes Teenage Mutant Ninja Turtles and Realm of the Damned, in addition to Star Wars for younger viewers picture novels most definitely.

He also blogs (if he can). See all Alec Worley products 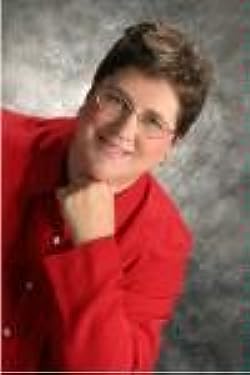 Janice Kay Johnson is the author of sixty-plus novels for children and grownups. Her initial four published romance novels were coauthored with her mother Norma Tadlock Johnson, also a writer that has printed puzzles and children's books. All these were "sweet" romance novels, the author hastens to add; she's not convinced they'd have felt comfortable coauthoring passionate love scenes!

Janice graduated from Whitman College with a B.A. in history and then received a master's degree in library science from the University of Washington. Before she began selling her composing, she had been a branch librarian for a library method.

She has written six books for young adults plus a single film book for the read-aloud audience. ROSAMUND was the outgrowth of those hours spent reading to her own brothers, and of her passion for growing roses. Two more of her favorite books were books WINTER OF THE ISLAND SNATCHERS along with THE RAVEN which she composed for Tor/Forge. The research has been!

Janice is divorced and has raised her two daughters in a small, rural town north of Seattle, Washington. She is an active volunteer and board member for Purrfect Pals, a no-kill cat shelter, and a household that already contains a few more cats than she ever wants to confess to is frequently enlivened by foster kittens!

Janice loves writing books about both love and family -- about how generations connect along with the power our oldest experiences have on us throughout life.

In addition to her real name, she's also written under several pseudonyms through the years, such as Janice Stevens, Janice Bartlett, Kay Bartlett and Kay Kirby.

Her Superromance novels are typical finalists for Romance Writers of America RITA awards, and she won the 2008 RITA for Best Contemporary Collection Romance to get SNOWBOUND.

Visit her online a